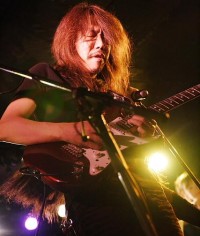 Taro Arai who was a support guitar player from 2006 became a formal member !!

The show of BELLFAST in tokyo finished with the great success last night. We appreciate all people. Thank you Vikings !!
And this show’s setlist and photos ware posted online!

The design of the site was redecorated.

NO SPEEP ‘TIL RAGNAROK’s special site is now available!

Details of forthcoming show is fixed!

Hiroshi Sakakima (Former drummer between 1999~2003, ex-DEADCLAW, MAGNOLIA, SKULL SATANIX, FREE LOVE) is back to BELLFAST as regular member. His passionate and technical style will stir up a part of charm of BELLFAST which was sleeping!

BELLFAST will play in Tokyo in November !!
The details of show will be announced shortly.
SHARE THIS PAGE