X.Y.Z.->A‘s brand-new album “Wings” was released now. (Singer is Minoru Niihara of LOUDNESS)
Koh has joined in this album as the guest backing vocal. Check it out!
…and, we wish merry christmas and happy new year for you all. Stay Celt!!

The show at Sanctuary in November was reported by The Young Guitar Magazine for January 2007. 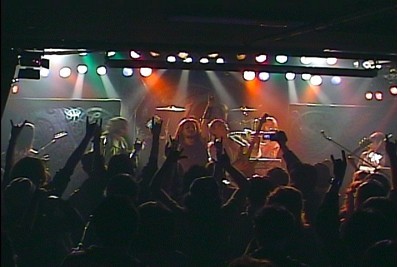 The only show in 2006 of BELLFAST was performed splendidly last night at Numabukuro Sanctuary.

We say thank you for the great support musicians, all the parties concerned of Samurai Sound Association and Sanctuary, and YOU, the Vikings! who gathered in front of the stage! 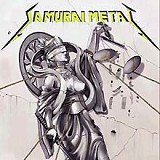 “SAMURAI METAL Vol.2” on store now!
BELLFAST provides a song that is one of the classics of the band called “Celtic Drum” for this compilation album.
Refer to Discography for the details (and how to BUY) about this album.

We announce two beauties —Ms. Haruna Fukazawa (flute) and Ms. Eri Mitani (violin)— join us as new support member.
Haruna is the professional flute player who works in broad fields, such as a Classic, Jazz, and Rock/Pop.
Eri is talented player who is known as a 1st violinist of NEW TROLLS’s Concerto Grosso Live in Japan 2006.

Now, the lineup of our November’s show was finally fixed!!

Artwork and detailed information of “SAMURAI METAL Vol.2” was posted on Discography section.

We started the rehearsal for the coming show.
And we decided to play an one cover song. The Celtic styled hard rock tune matches BELLFAST perfectly. Which song? …Fummm, please look forward to the night of show!!

We appoint Taro Arai as a second guitarist on the coming show.
He was a sworn friend of Koh in the band ROSERICH that both joined before.

Mix&Mastering of “Celtic Drum” was completed before dawn last night.
We’re thankful to all of you who cooperate. 🙂
Celtic drums are in our souls!!
From now on, we will be devoted to preparation of the coming show.

The following show was fixed!!

“Celtic Drum” is one of the classics of a band. The band recorded the rock-part by Sound Koara Studio (Saitama) in July. And the newly added brilliant fork-part was recorded in Studio Vial (Aichi) in August.
Now, Mix&Mastering is working by engineer Tatsuya Kase in Bazooka Studio in Tokyo.

“SAMURAI METAL Vol.2” will out in October 27th via Samurai Sound Association.